How much revenue will Manchester United lose by going out of the 2011-12 Champions League? Excel boredom follows: 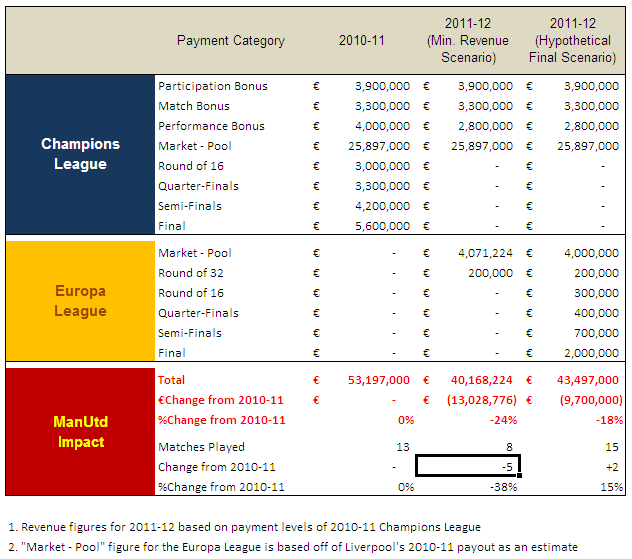 So in the worst case United will earn €13m less than their 2010-11 European campaign in addition to the loss of five matches of revenue. In the case of a run to the final and a win United will earn €9.7m less plus the benefit of two extra matches.

As a note these figures are based off of 2010-11 payments as UEFA does not release figures (to the public at least) until after the season is over. For a great breakdown of the 2010-11 distribution of UEFA European League money check out Avoiding the Drop.

One thought on “The Cost of Manchester United’s European Exit”