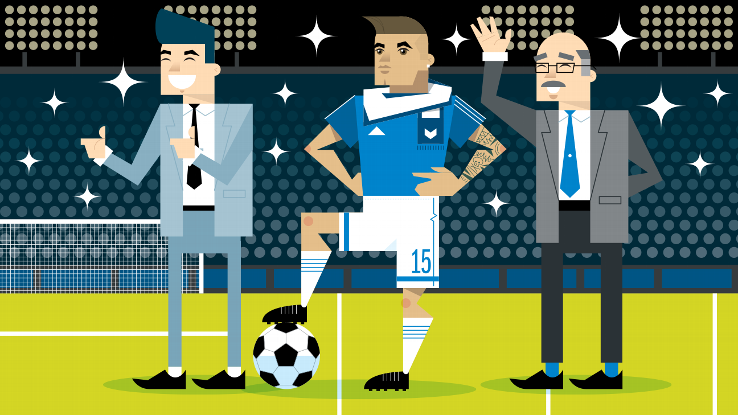 ESPN has a good interview with a “leading and longstanding British agent, who represents several Premier League players”. The agent answers questions about the basic role of agents and gives some good insight into the dynamics of transfers in the modern game.

“Some players also love being with an agent who has a high profile because they think high profile equals success. The opposite of high profile is someone you’ve never heard if, yet a discreet agent can have many advantages. He can conduct business in private; he has no ego to feed. He only has the interest of his clients, but players might see it differently.

On the Manchester clubs

On changes since agent de-regulation

“The industry is getting much worse. Before April, it was calculated that there were 500 licensed agents in the UK, with a further 250 registered lawyers who acted as agents. Then maybe a further 300 who we called ‘recruiters’ — people who had an in with a player and brought the player to a licensed agent. They then got a cut of any deal. Now, I’m told that the numbers of all those mentioned have doubled since April.”