Pencils down, hand in your papers, the transfer window is now shut. How do this season’s transfers (2011-12) compare with previous years?

Let’s look at Gross Spending, Gross Revenues, and Net Spending for the Premier League from 1992-Present.* 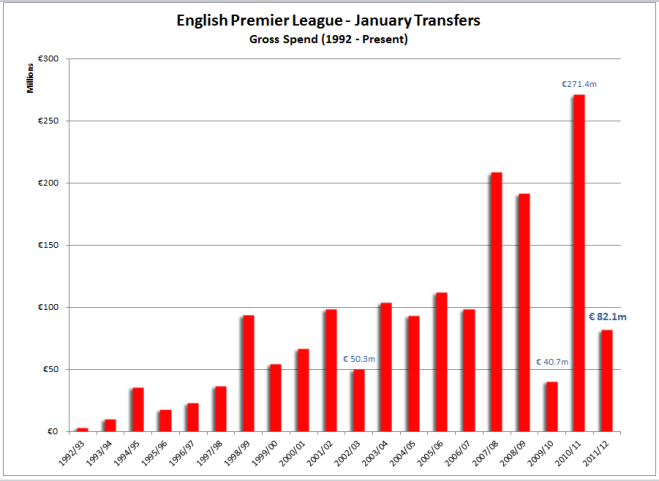 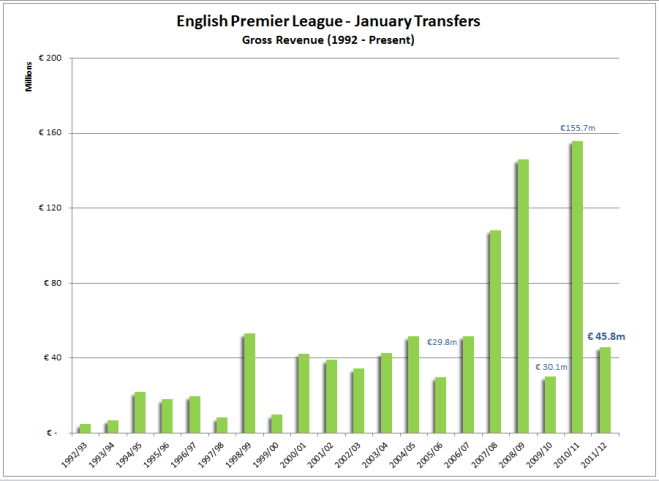 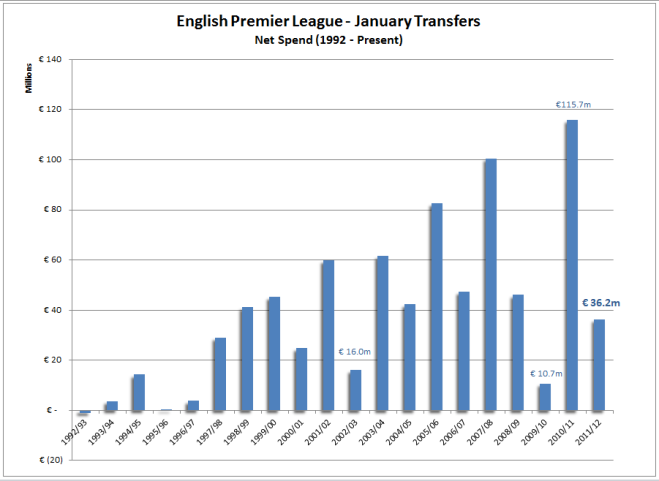 The big question is what is driving the lower transfer spending? Are difficult financial markets still threatening owner wallets? Is this a normal ‘off’ year for spending in January? Or are the clubs actually lowering expenditure as the first year of Financial Fair Play monitoring is in effect? I suspect that FFP is actually affecting club spending decisions and reducing transfer values, we will have to look at the full year’s transfers to get the whole picture.

All stats used come from the fantastic TransferMarkt.