The Purchasing Power of Premier League clubs has declined over the past year…well at least with respect to players priced in Euro.  In the past year the GBP/EUR exchange rate has fallen from 1.2167 to 1.142 today, a decline of 6.2%. 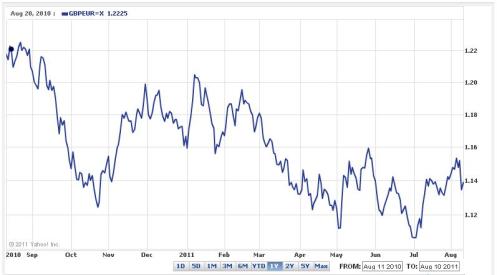 Although European Union players might still be a bargain considering the “English Premium“, they are now 6% pricier for English clubs than last year.  A sustained decline in GBP/EUR would reinforce the incentives created by UEFA Financial Fair Play to concentrate on internally developed, domestic players.

Of course this depends on whether there is any fallout from the ongoing Euro sovereign and banking crises; if soccer financing dries up (as it did in the Great Crash of ’08) Euro players could get very cheap, very quickly. 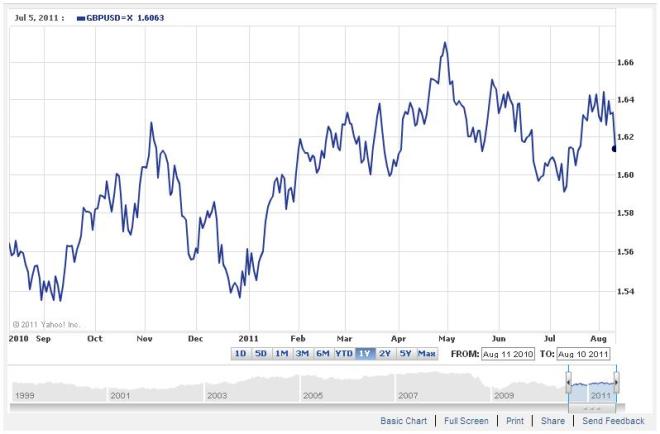 Considering the relatively low wages of even star US players maybe American players are a bargain!