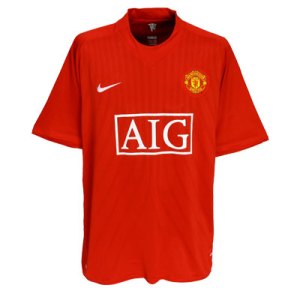 What do AIG and Manchester United have in common? Besides a shirt sponsorship, investors consider them equally risky investments.

Manchester United, controlled by the Glazer family, successfully sold 500m of bonds on January 22, £250m of which were denominated in sterling and $425m in dollars. The sale was part of an ongoing effort to refinance and give the owners the flexibility to pay down existing debts held by the family and the club. In order to entice buyers Manchester United agreed to a yield of 9.125 per cent on the sterling notes and 8.75 per cent on the dollar notes.

Recently, investment grade rated (if that actually means anything) AIG bonds maturing in 2018 traded at yields between 8.75 and 8.875 per cent, or similar in pricing to the new issue ManU debt. Just as a rough comparison, the pricing/yield suggests that investors consider the two companies to be equally risky investment prospects, which should be eye-opening given the recent history of the AIG franchise. The AIG debt has a Moody’s rating of A3 and S&P rating of A-, both of which are in the second lowest investment grade tier of their respective rating systems, which would suggest that ManU has a similar or lower credit rating. A lower rating is the more likely possibility as the ManU paper pays a higher rate of interest, paying 8.75 compared to the 5.85 of the AIG notes; investors demand more of the value of a bond paid in interest from riskier borrowers.

Of course it can be said that it is apples to oranges, one company being an insurance giant and the other a football club. And it is true that comparing debt pricing between the two is only a snapshot look at a small part of each institution. However it is still a piece of the puzzle and it provides clues as to how people view the business side of the club and consequently, the football world.

It should be a serious wake up call to the football community that Manchester United, arguably the most commercially viable club in the world, can only issue bonds at prices slightly better than those of companies with credit rated as junk.

6 thoughts on “Manchester United: Too Big to Fail?”